While there are many things that young people need to worry about, it seems as though debt worries are becoming an increasingly common issue. This is something that has come to the fore thanks to a report issued by YouGov on behalf of the Money Advice Trust, which surveyed over 2,000 people aged between 18 and 24 years old.

The findings suggest that one-third of respondents said that they have debts of close to £3,000 and that they are extremely worried about finances and money. This means that there is a growing level of debt worries amongst young people, which should be a huge concern for the nation. It seems as though a large number of youngsters have borrowed money using credit cards, have utilised overdrafts and have borrowed money from family and friends. With more than 50% of respondents that they are regularly worried about money and close to one-third of respondents saying that their debt worries were a “heavy burden”, there is no doubt that money is an issue that is weighing people down.

Debt worries are a growing concern

The survey found that women were more likely to be concerned about money and would be the more likely gender to worry about their finances. This doesn’t mean that men don’t have money problems but it may suggest that many males aren’t focusing on their financial issues or they are unwilling to speak truthfully about their concerns or feelings. This is always a problem when it comes to surveys because you never know how truthful people are, especially when it comes to finances. 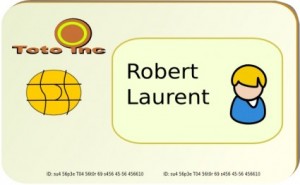 When student loans and mortgages are excluded from the tallied figures, the average debt level stands at £2,989 but with the average student loan balance standing at £25,505, there is a lot of concern about the financial pressures that are impacting on youngsters. Financial worries can seriously impact on people’s health and mental wellbeing, which is why there should be a greater level of focus on providing genuine support and help for people dealing with debt and related concerns.

National Debtline is available but the volume of young people contacting the organisation is low. Whether this is because young people are unaware of the support or they don’t feel it is for them is unclear but clearly there needs to be more done to provide suitable assistance to people looking to improve their finances.

There is no need for anyone, regardless of their age, to stress out about finances without obtaining proper help.